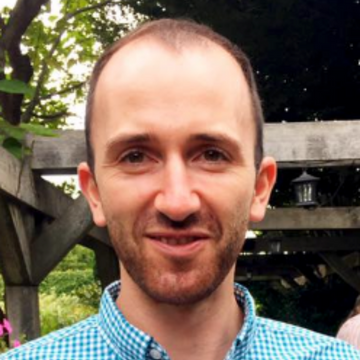 Brodie Pearson studies mixing in the ocean using various computer models, spanning from idealized simulations of turbulence in the upper few meters of the ocean to complex models of the global Earth system. Mixing plays a critical role in transferring properties between the surface (atmosphere or ice) and the deep ocean, but these processes are too small for global models to see. Brodie uses small-scale models to understand the physics of mixing processes, and then uses this understanding to develop ways to account for mixing effects within global models. His work includes the investigation of mixing at the ice-ocean interface, how this mixing depends on the properties of sea ice, and how mixing affects the fate of the ice.

Brodie also uses global models to project how the future climate of Earth is likely to change under different scenarios. He is a Chapter Scientist and Contributing Author for the “Oceans, Cryosphere, and Sea Level Change” chapter of the upcoming IPCC AR6 (Intergovernmental Panel on Climate Change’s Sixth Assessment Report), which will be released in Summer 2021. He has also used these models to predict how Arctic sea-ice and Greenland’s land-ice could change in the future.