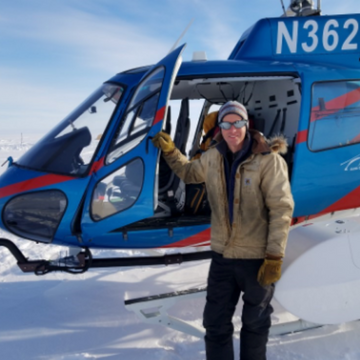 Jay Johnson is a mechanical engineer and project manager with the U. S. Ice Drilling Program at the University of Wisconsin Madison. Jay is responsible for designing, building, and maintaining specialized ice drilling equipment used in the Polar Regions. He has participated in numerous drilling projects in both the Arctic and Antarctic, including being lead driller for the West Antarctic Ice Sheet (WAIS) Divide deep drilling project (2006 – 2013) and the South Pole Ice Core (SPICEcore) project at the South Pole (2014 – 2017). Jay has also been a member of the International Partnership in Ice Core Sciences (IPICS) steering committee since 2014.