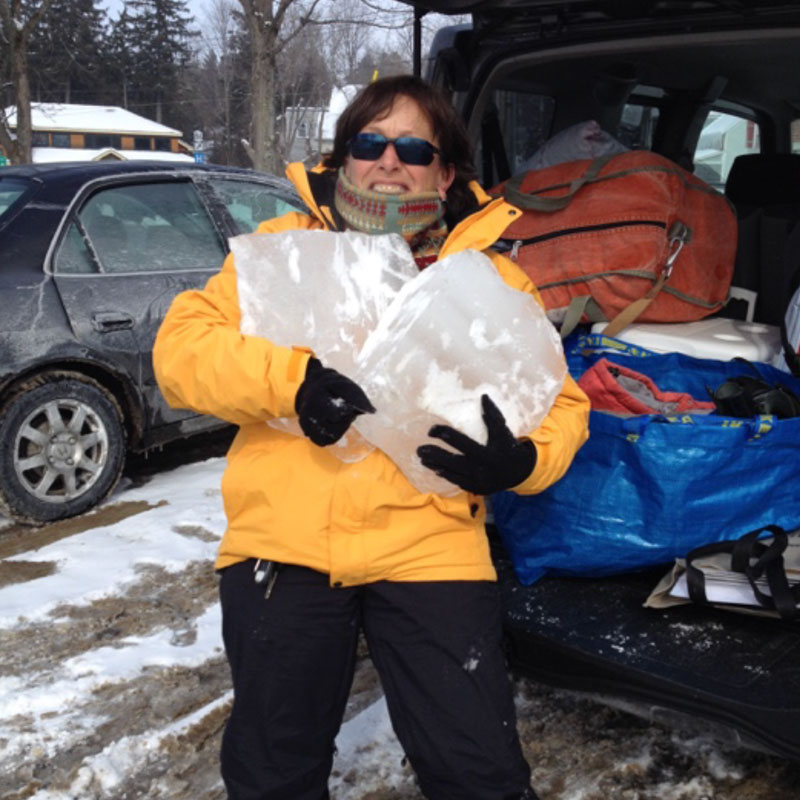 Julia Dooley, MEd., has had a fascination with the Polar Regions ever since reading Jack London’s To Build a Fire in high school, and Ted Tally’s play Terra Nova. Albeit, this fascination was born out of fear of freezing to death more than anything else. That fear was conquered in 2007 with her completion of two months in Antarctica as an ARISE Educator with ANDRILL. Two and a half weeks of that time was spent tent-camping on sea ice with an eleven-person seismic survey team. She was selected to participate in both the Olso and Montreal International Polar Year (IPY) Conferences, and has participated in, and led various polar, environmental, and space science related professional development opportunities. As one of the founding members of Polar Educators International (PEI), Julia is a current member of PEI’s Executive Committee. She has presented at science and education conferences, including the American Geophysical Union annual meeting.

Julia has been a public school teacher for the past 16 years, the first six years in a fifth grade classroom, and the past decade as a teacher of the gifted and talented. She brings her love of science into the classroom as much as possible; projects have included raising shad fish fry, polar explorations and interactions with researchers, and traveling to Mars and beyond. Before earning her Masters in Education, Julia earned a BFA in Photography. She is first, and foremost an artist. Recent work has branched out from photography to include a variety of mediums, and is centered around Polar-themed Sci-Art to educate non-scientists about research methods and findings.

As an empty-nester, the plan for the rest of the summer is strip off wallpaper, catch up on some PEI projects, and spend some quality time in her rec boat and on her bike.