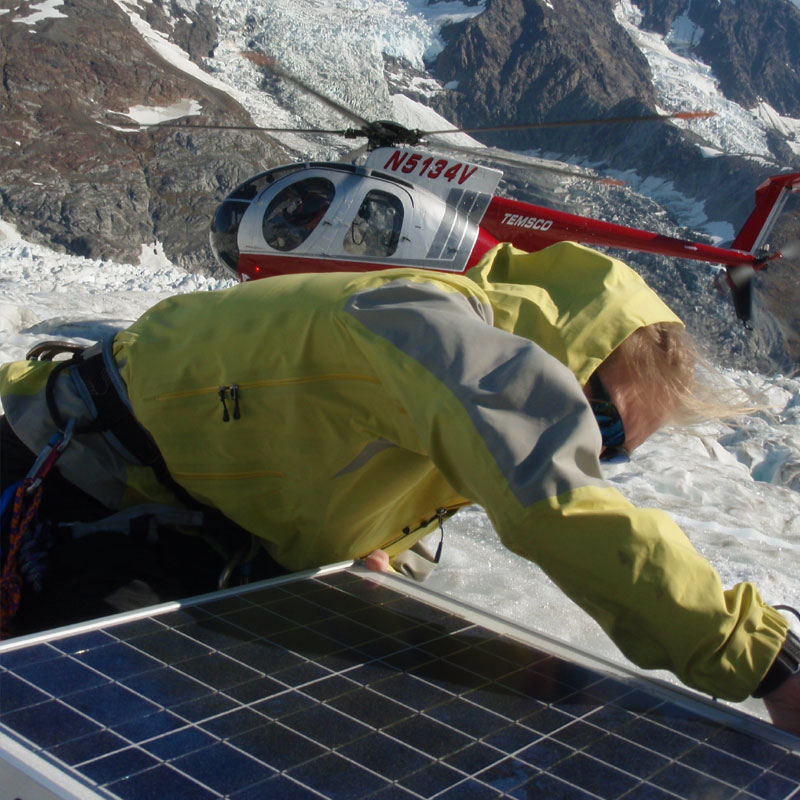 Kristin is a field glaciologist who studies tidewater glaciers in Greenland, Antarctica, Iceland and Svalbard. Her primary focus is on glacier hydrology, and how the increase in meltwater (from glacier melt and precipitation) influences glacier terminus stability and fjord circulation. This oftentimes necessitates using an interdisciplinary approach, including physics, math, remote sensing, oceanography, and earth sciences. Her research has developed new methods for monitoring meltwater discharge from tidewater glaciers, established a new category for the configuration of subglacial pathways at fast-flowing tidewater glaciers, and developed high-resolution time series of glacier terminus behavior and stability. She has also been on projects looking for the oldest ice on Earth, determining the thickness of ice on the summit of Mt. McKinley, and establishing the origin of glacial earthquakes in Greenland.

She did her undergraduate degree at Southern Methodist University, completed her Masters at the University of Maine in their Climate Change Institute, and recently completed her PhD at Dartmouth in their Earth Sciences department. She will soon head to the University of Oregon to be a post-doctoral scholar focusing on the impact of icebergs and iceberg melt on ocean circulation in Greenland.

During Kristin’s time at Dartmouth, she has been a NSF IGERT Fellow (2012-2014) in their “Polar Environmental Change” program, which was focused heavily on science communication and the impacts of a changing Arctic on the Greenlandic people, their policies, and the scientific research in these rapidly changing locations. She has also been a NSF GK-12 Fellow (2014-2015), which focused on bringing real-world science into the middle school classroom in an understandable and tangible way.