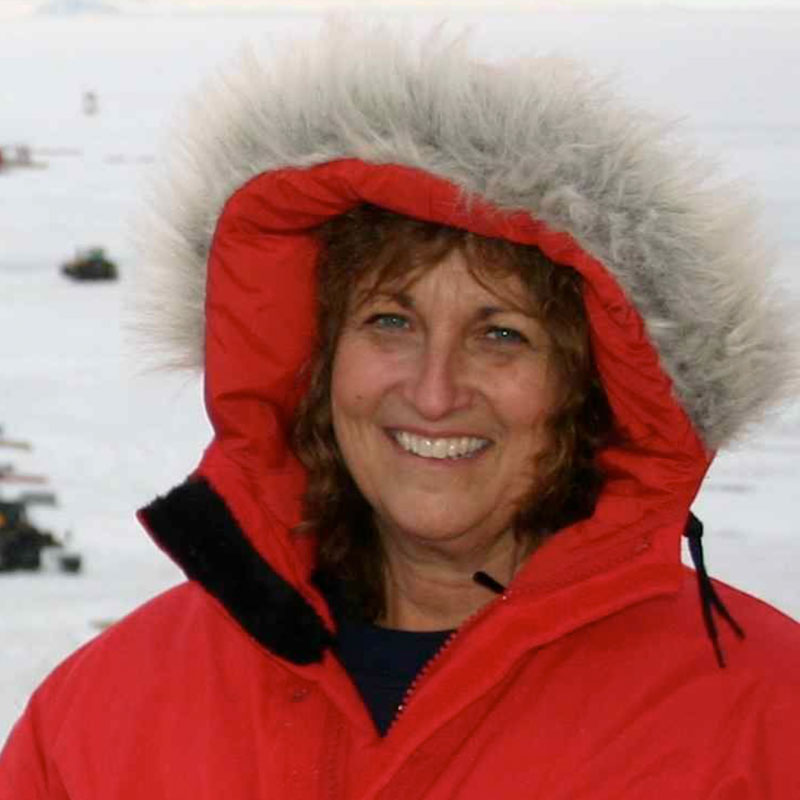 Louise T. Huffman, MS Ed, found her love for polar science in the 2002-03 Antarctic research season as a TEA (Teacher Experiencing Antarctica and the Arctic) on the “Stream Team” in the Dry Valleys. She also spent the 2007 Antarctic research season at McMurdo Station, Antarctica, coordinating the ANDRILL ARISE (ANDRILL Research Immersion for Science Educators) program. During the International Polar Year (IPY), 2007-2012, she served as the Chair of the Formal Education Subcommittee of the international IPY Education and Outreach Committee.

Louise has led hundreds of teacher professional development workshops as well as workshops for students. She has been the keynote speaker for events and meetings involving a wide diversity of audiences. Spring, 2012, she was the invited speaker at Southern Illinois University-Carbondale for a series of talks for their event Antarctica: Imagined Geographies. During that week-long event, her presentations were aimed at a wide variety of audiences including teachers, students, the community, environmental groups, and professors and scientists.

Louise retired from public school teaching in 2007 and currently serves as the Director of Education and Outreach for the NSF US Ice Drilling Program (IDP) at Dartmouth College. Besides teaching children, Louise has worked with the Golden Apple Foundation teaching workshops on science inquiry for teachers. She is a Fellow in the Golden Apple Academy and besides winning the prestigious Golden Apple Award in 2002, she was twice recognized for Excellence in Teaching by the Illinois Science Teachers Association. She is listed in Who’s Who in America, Who’s Who Among American Women, Who’s Who in the World, and Who’s Who Among America’s Educators.